• The June-August worldwide ocean surface temperature was also the
warmest on record at 62.5 degrees F, 1.04 degrees F above the 20th
century average of 61.5 degrees F.

• The worldwide ocean surface temperature of 62.4 degrees F was the
warmest on record for any August, and 1.03 degrees F above the 20th
century average of 61.4 degrees F.

August warmth in the southern hemisphere broke all time records.

• The Southern Hemisphere average temperatures for land and ocean surface combined were the warmest on record for August.

This August was the second warmest on record for land and water just
behind the super El Nino year of 1998. The cooling effects of the deep
solar minimum, the quietest sun in 100 years, were not able to
counteract the effects of anthropogenic greenhouse gases and a weak to
moderate El Nino. 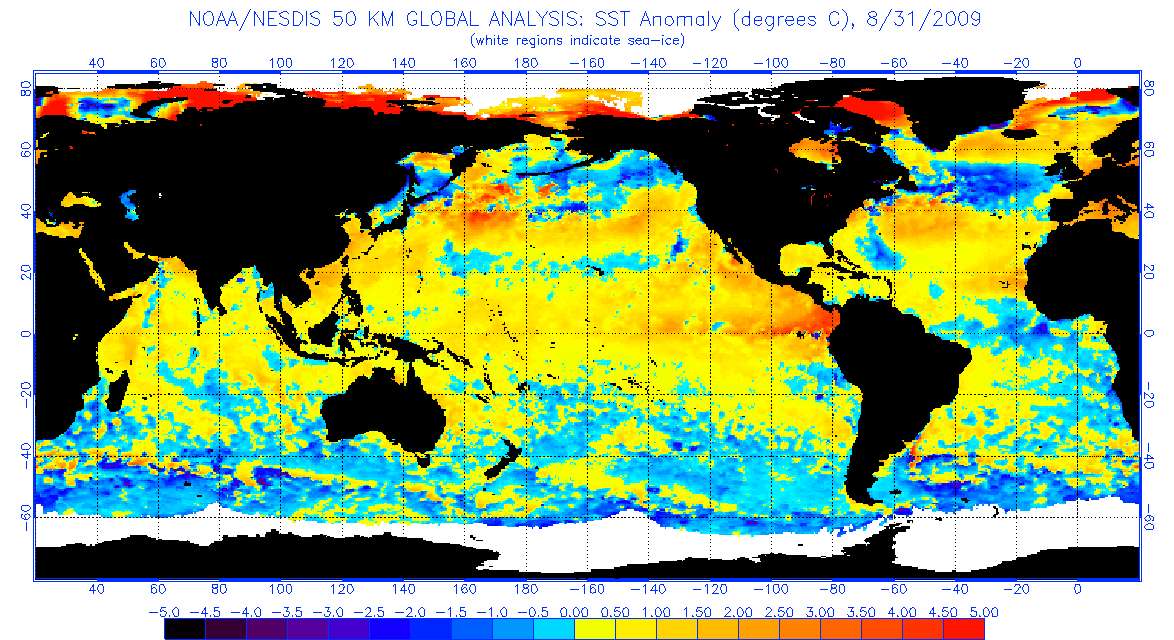 The warm Atlantic temperatures have not led to an active Atlantic
hurricane season because El Nino has caused strong westerly winds at
high levels, shearing storms as they approach the north American side
of the Atlantic ocean. However, I enjoying surfing waves from hurricane
Fred yesterday that were generated before it was torn apart by wind
shear.

I suspect that the Pacific ocean is having a very intense hurricane/typhoon season this year because the waters are so warm.