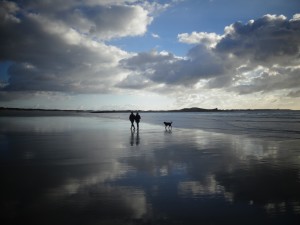 This is GOOD NEWS:

A federal appeals court Wednesday rejected the Trump administration’s attempt to dismiss a lawsuit filed by a group of kids who want to force the government to do more to fight climate change.

The San Francisco-based Court of Appeals for the 9th Circuit ruled that it would be premature to dismiss the case based on how burdensome the Trump administration believes the process of searching for documents and questioning people will be, a process called discovery.

The backstory: Local Earth Guardians in Colorado sued on behalf of youth to stop Climate Change:

…21 young plaintiffs received a favorable decision in their case brought against the federal government and fossil fuel industry from U.S. Magistrate Judge Thomas Coffin in April. Now, they are looking forward to their next opportunity to appear in court to fight for climate justice.

The plaintiffs are suing the federal government for violating their constitutional rights to life, liberty and property and their right to essential public trust resources, by permitting, encouraging and otherwise enabling continued exploitation, production and combustion of fossil fuels. The case is one of multiple related legal actions brought by youth in several states and countries, all supported by Our Children’s Trust, seeking science-based action by governments to stabilize the climate system. Recently, the Massachusetts Supreme Judicial Court and the King County Superior Court in Seattle, Washington, also ruled in favor of youth in related actions.